The Fraternal Order of Eagles is an international non-profit organization uniting fraternally in the spirit of liberty, truth, justice, and equality, to make human life more desirable by lessening its ills and promoting peace, prosperity, gladness and hope.
What we stand for:  Liberty ~ Truth ~ Justice ~ Equality ~ For Home ~ For Country ~ And for God 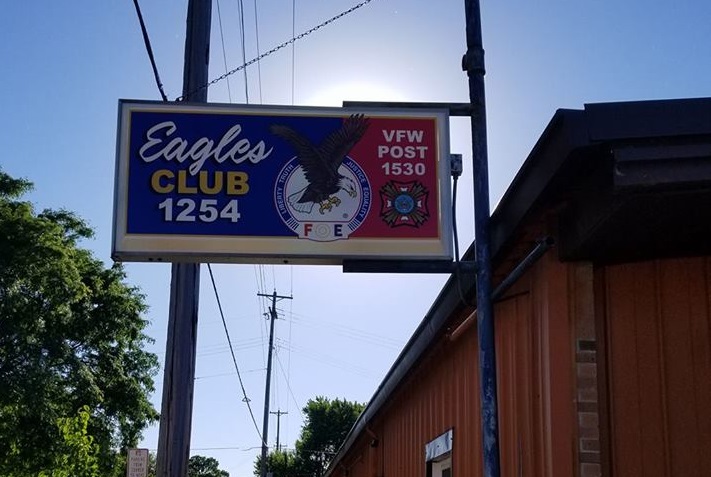 "The Fraternal Order of Eagles is a 503c Non-profit organization. Governing documents and financial statements are available to the public upon request to the aerie secretary."

That is our moto and why we are here. We exist to raise money for many worthwhile charities; supporting local as well as national charities. CLICK HERE for more details

The La Crosse Eagles Club has been located in downtown La Crosse since 1905 and have been giving to the community even longer than that.

The Eagles first promoted the concept of Mother's Day during an Eagles Memorial Service in 1904, by Frank E. Hering's keynote address. Frank's speech is recognized as the "First Public Plea" for a day to honor mothers.

When President Franklin Roosevelt signed the Social Security Act in 1935, he presented the pen to the Eagles for our "vision and courage" in making it happen.

When President Lyndon B. Johnson signed this bill that ended age discrimination in the work place, he presented the pen to Eagles and said "The Eagles started this whole idea".

When President Johnson signed the bill he presented the pen to the Eagles and said "For your energetic and dedicated epousal of social justices... and the compassionate treatment of the sick and disabled".